Annulment of the Marriage

By Earl N Jackson
Dallas, Texas
Board Certified by the
Texas Board of Legal Specialization
214-369-7100

“No body in Texas gets an annulment?”  Really, I don’t think so. We get them all the time. 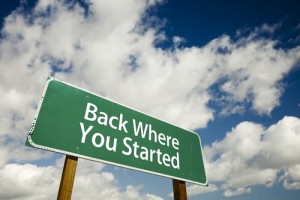 “I made a huge mistake – can I get an annulment?”

Very possibly, yes. Almost all annulments are granted upon some basis in fraud – some trick or deception that induced the marriage.

I have never lost an annulment and we do them all over the State of Texas. I read on another site: “annulments are rarely granted.” I have also heard a number of lawyers say that it is “impossible” to get an annulment – especially in some of the outlying counties.  Frankly, I don’t know what they are talking about.  I have had only one judge say “I don’t like annulments” then he granted it anyway. Whatever?  The bottom line, it doesn’t hurt to ask. Why not?

If the facts are there, the annulment should be granted. Most annulments are brought under some type fraud. That is, some kind of deception that induced one party into a marriage where they would not have otherwise. Some examples are listed out below.

We have never lost an annulment. If the court grants the annulment, the divorce will be set aside as if it never happened. Call us to discuss your case at 214-369-7100. All consultations are free.  I’ll listen and give you a straight analysis of your case and the probability of success.

Husband is a professional man who makes a great deal of money.  He works all the time and doesn’t have much time to socialize.  He’s lonely. He meets an internet girl of foreign nationality. She’s in the US on a Tourist Visa. They meet, dinner, dancing. Whirlwind relationship. After a short period of time, they fly to Vegas and get married in the Love Chapel. It becomes readily apparent after the marriage that Wife’s sole purpose in marriage to client was to gain entry into the US as a permanent resident. Annulment granted. There were a world of facts involved in this case. Suffice it to say, this scenario happens all the time – foreign national marrying a US citizen to gain access to our county.

Wife is a very successful youtube publisher. Boyfriend’s mother and boyfriend, upon learning this, entices Wife into marriage. Boyfriend represents that (a) he will complete his degree in accounting, (b) has an internship lined up with one of the Big Eight accounting firms and (c) although he has historically liked his weed will give that up as well. Wife agrees to get married.  Turns out – Husband did not re-enroll in school in order to finish his degree. Husband either never had or cancelled his internship.  Husband refused to get a job. Husband spent the day on the couch watching TV smoking weed.  As you might expect, Wife was taken aback by all of this and wanted out. A “do-over.” She called us.  Annulment granted.  Interesting procedural side note, Husband and Wife were attending school in another city in Texas.  We filed the annulment in Dallas because Dallas was Wife’s home town. This allows for venue to be placed in Dallas. Which is what we did. Another note: Husband after being served went to various lawyers in that “other city” in Texas all of whom said there is no way she can get an annulment. Well, they were wrong.

Wife’s family is very very successful.  Husband, upon finding this out, sought marriage in order to make his way into the family business.  His problem, wife’s family had some very serious concerns about husband’s motivations and made it very clear that Husband would never have any part of the family business – even if that included disinheriting wife. Turns out, while Husband was enticing Wife into marriage (courting) he was “visiting” the “ex-girlfriend” with all that entails. Husband ultimately leaves wife and moves to Tennessee with ex-girlfriend.  Client reports that she and her mother “went to every lawyer in Bryan, Texas” seeking an annulment.   They all said the only thing they could do was file for divorce.  She called us, we listened and said: “sure, that sounds like fraud in the inducement of the marriage. Let’s play it out.”  The annulment was granted.

Husband represented to wife that he was a successful commercial artist with contracts with Nike and others.  Husband even produced falsified emails from existing and fictitious companies to “prove” his success.  He further represented that he was physically, mentally and emotionally healthy – or at least did not tell her otherwise.  Turns out – he does not have any contracts for his art, turns out he is a hypochondriac and commits self injury.  Annulment granted.

Husband represented to wife that he was a successful businessman. From appearances, she didn’t have any reason to doubt. Shortly after the marriage, a process server (the first of many) appeared at the doorstep with the first lawsuit . It turns out that the Husband was unemployed and had been so for some time. Essentially, the Husband had lied about his financial well being prior to the marriage. He deceived the wife. The annulment was granted.

Husband learned shortly after the marriage that the wife had been taking a number of medications prior to the marriage to control behavioral issues. During their entire relationship, she had been taking her meds and concealed this fact from, at that time, boyfriend and later husband. After the marriage, she stopped taking her meds. Her behavior became very very erratic such that Husband moved out of home and filed for an annulment. The annulment was granted.

Boyfriend had two girlfriends (Ga and Gb) and married one (Ga). The girlfriend he chose not to marry then produced a child. Ga knew nothing about Gb and was shocked to learn that her new Husband came with a undisclosed family. Annulment granted.

New Wife found out Husband is gay after locating stash of gay-porn and confronting Husband. She had no idea prior to the marriage. Annulment granted.

What is not the basis for an annulment:

Time has nothing to do with it. Being Married less than one year is not a basis for an annulment regardless of what you may have been told.

If a person is age 18 they have a right to consent to marriage. Lack of parental consent, permission, or blessing is not a basis for an annulment if the person is 18 years of age.

Other basis for an annulment are as follows:

Was one of the spouses impotent at the time of the marriage? If the person asking for annulment didn’t know about the impotence, and has since moved out since learning of the impotence, then that person is entitled to an annulment.

The party requesting the annulment lacked mental capacity to agree to the marriage.

If one of the spouses was under the age of 16 at the time of the marriage, the annulment will be granted (actually, this is a void marriage – a person under 16 cannot be married)

Is one of the spouses between the ages of 16 -18? If that spouse did not have parental consent to be married, the marriage can be annulled.

Did one of the spouses get a divorce less than 30 days before the marriage and there was no leave of court to do so? The marriage can be annulled.

Did the parties marry less than 72 hours after the marriage license was granted? The annulment suit must be filed within 30 days of the marriage to annul it.