Dallas, Texas
Board Certified by the
Texas Board of Legal Specialization
214-369-7100

If you have a child custody case, the best way to approach it is to call us and set an appointment to discuss the various aspects of this kind of case. There are a number of questions that need to be asked that will allow us to give you the best advice.  We have developed a child custody worksheet that we suggest that you download and complete in privacy.  Take the time to work through this sheet.  It will help us, help you.  Download the child custody worksheet here – it is in Microsoft Word.

The child custody case can be one of the most contentious forms of family law litigation. They are cases of he said, she said; he’s bad, she’s bad; he doesn’t care about kids, she doesn’t care about kids; he’s not involved, she’s not involved. So forth and so on. The bottom line is this: in order to determine primary conservatorship the court will look to the “best interests of the child.” It is a “goody feely” term at best, but it is the standard. The child custody case is a fact finding, evidence driven case.

Generally, the child custody case is a contest to determine who will have two exclusive rights:

Note: the law does not look to whether the mother is “unfit” to take away the primary designation, the mother does not win simply because she is mother.  The law does not take into consideration the sex of the party in a child custody determination. 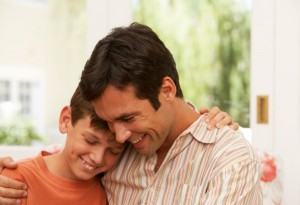 An example,  in one case the Dad was a top sales agent for one of the top Fortune 500 cases.  Although most employees with his company had a great deal of travel to do through the employment, he had made an arrangement such that he was always available to care for his son. He simply did not have to travel to the extent the other employees did.  He was home each and every day to care for his son, to prepare dinner, to read to his son, play with him and get him ready for bed and school the next day.  Mom, on the other hand, worked 24/7 for a local company.  She was very career minded and was never home.  When she was home, she was “too tired” to meet the needs of her child. In this relationship, the father had taken on the role of primary care giver and won custody.  The Mother eventually moved to Florida, fell on financial hard times and never really saw her son thereafter. Do you have a custody case?  Review the following factors and answer “mostly.”  Download our child custody worksheet.

These factors and others are all factual issues that will be taken into consideration by the Court in determining the best interest of the child and the award of the primary designation?  It is not necessary that you answered each one in a manner to the exclusion of the other parent.  What does matter is that the majority are answered, “yes, I do this mostly.”  For example, you may go to all the parent teacher conferences, but the mother may have gone to some.  What is important here is that you went to all of them (or most of them), you know the teachers by their name and what they teach.  You know how well your child is doing in their class. You know what projects are coming up and what homework is due.  Sure, Mom went to some of the parent teacher conferences but I went almost every time.  In addition,  if my child had an issue in school it was I who addressed the issue. Evidence, whether by witnesses, documents or your testimony, will help the court determine who the primary care taker is.  Gather all your family photos, secure your email, keep a calendar.

The Child Choice – a child or teen does not get to “choose” who they will live with. In fact, they never did. At one time a child 12 or older could sign an affidavit that set forth a preference as to who they would live with primarily. This preference was still subject to the best interest of the child test, i.e., the court made the ultimate decision. Thus, a child never ever got to choose.

Today, this statute has been repealed. There is no longer a child’s affidavit. That said, however, a party can still file a motion with the Court for the Court to interview the child. This is mandatory if the child is 12 or older. This interview can be an on the record hearing in the Judge’s chambers where the Judge will talk with the child, determine the child’s preference, determine why that child may have a preference and any other facts necessary for the court to make a child custody determination. Note, although the interview is required to be on the record, some courts take offense at this request. Before the lawyer makes this request, he/she better “know” his judge.

The Henderson Rule (A Child’s Choice Age 15 and Above)

The following discussion has essentially been set aside by case law.  The rule is:  No minor has a “choice” as to a parent’s possession and access.  However, the minor does have influence.

In some cases an order may say something along the lines of “as the child and the parent agree.”  The law is: an order in suit affecting the parent child relationship that does not provide for possession is no order and an abuse of discretion.   All orders must have a possession schedule.   But, some court’s chose to ignore the law and are still issuing Henderson Orders.

The Child’s Choice Under the Henderson Rule. Former Judge Henderson, Collin County Texas, had a basic in house rule – a teen age 15 and above lives with whom the teen wants to. In this particular case, the teen did in fact “choose” with whom he or she was going to live with. Former Judge Nickolson, Dallas County Texas, put it this way – “a 16 year old teenager is a 600 pound gorilla, the teenager goes where it wants to.” Before someone runs off and says that the foregoing statements is/are the law, understand the Henderson rule is squarely in the Judge’s discretion. There is no statutory Henderson rule. It is only a matter of court policy. Each court will be different.

As a general guideline, as the child ages from 12 onward their influence upon the court will become greater and greater. Judge Rusche, Collin County Texas, put it this way – “you {to the teen} are old enough to set your own possession schedule but are you mature enough? We will see. We will reconvene in 8 weeks to see if you have done any voluntary visitation with your Dad.” The child was 17. She didn’t go see her Dad at all over the next 8 weeks. Judge Rusche changed the primary designation and gave her Dad a serious amount of “makeup time.” By the way, pursuant to the Dad’s contempt motion, Momma went to jail for contempt possession schedule. It also cost her $9,000 in fines.

A child custody case is usually not about the “better person.” It is not about you. It is about the child. Ask yourself, who is the primary caregiver or better able to support the emotional needs of the child? Who has more time to spend with the child? Who is able to provide the better financial support? Who is more involved in school and extracurricular activities? The foregoing list is not exhaustive, but does indicate a number of considerations which either have been and are pertinent to any child custody case.

Please use the form below to ask any question. We will attempt to answer as quickly as possible.